Life of Gisi F.
New life of Gisi F.
Open the navigation menu
"The stones you are about to stumble"
(The project of the civic association Antikomplex.sk)

The Stolperstein Memorial is located in front of the house in Klariská 7, where Gisi Fleischmann lived before her deportation. Stone Stolpersteine ​​- "the stones you are about to stumble" (with your sight and mind) are the stone cobbles with a brass surface placed in the sidewalk in front of the houses of the Holocaust victims of the Nazi regime, including Jews, Roma, rebels or political opponents.

Stolperstein (from a German " "stumbling stone"") is firmly set on the sidewalk in front of the house murdered, and the passer-by is constantly reminiscent of the crime. On a stone with a brass table (10x10 cm), the name of the victim, date of birth and his/her fate (arrest, deportation or murder) is given. On August 10, 2015, the German architect Günter Demnig placed the commemorative stone for Gisi Fleischmann. He also places these stones on victims of Nazis across Europe, creating the world's largest monument.

The memorial in the public space on the ground includes several symbols - pedestrians draw it everyday in normal street movement, it gives them an opportunity to identify with the victim, and warns in the future to repeat the crime, by passing the view of the stone, one symbolically bows before the victim.

More about the project: http://antikomplex.sk/ 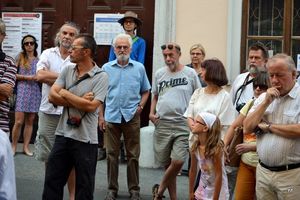 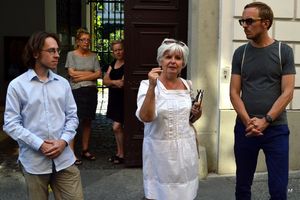 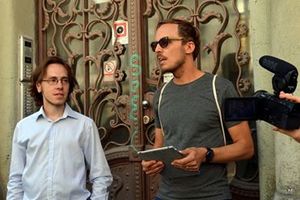 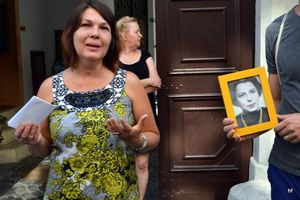 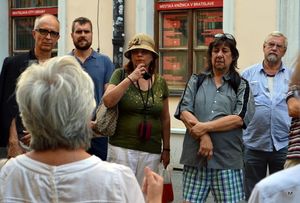