Once the Europa Plan fell through, so did Gisi’s hope to help the Theresienstadt children’s transport: it was sent straight to the gas chambers. For her clandestine cooperation with the wife of the high ranking civil servant Izidor Koso, Gisi Fleischmann ended up in jail in Bratislava at the end of 194 and was also briefly jailed in the town of Ilava. The Jewish Council was branded the place of espionage that reached to the highest state ranks. The Jewish Council eventually managed to get Gisi freed; she was offered to emigrate immediately. She refused. She carried on her work, for she knew that only a handful of people had been able to help. After the break out of the Slovak National Uprising (29 August), Germans arrived in Slovakia in the Autumn of 1944. The adviser on Jewish affairs, Dieter Wisliceny was replaced by Alois Brunner. Gisi Fleischmann tried to negotiate with him, unaware that he was planning the second wave of deportations from Slovakia. After the great “hunt” on Jews on the night of 28 September 1944, Gisi still tried to help directly at The Jewish Council. She was eventually deported to Sereď and, on 17 October 1944, to Auschwitz. Her cart was allegedly marked “Return undesired”. It remains unknown how she actually ended. 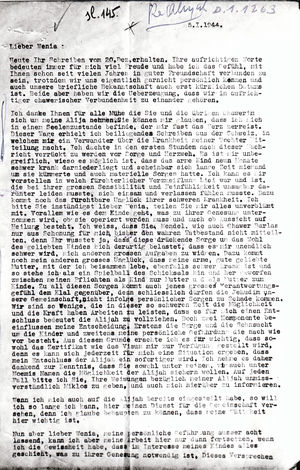 “Dear friend, thank you and the other chawerim for the trouble that you have with my Aliyah. Do trust me, that I am in such mental state that my heart is about to break. One of the past days I received the enclosed letter from Switzerland, in which a relative gave me news of my daughter’s illness. A few hours after having received the news, I... 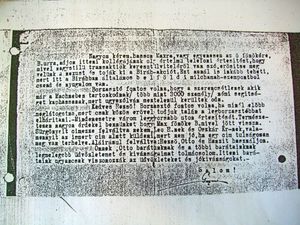 “Dear Rezső, we agreed that, in order to acquired immunity, I would put together a list with 15 names at most. When the list is ready, I am to cable you that Max will contact the leading official of the local Jewish affairs that the people are indispensable from the economic perspective. I shall...

It is in utmost despair that I am turning to you and the Uncle in the name of all our dear ones. Across the country family members are being gathered in the camps and placed in accommodation facilities that threefold exceed the capacity. Yesterday an order came from the Germans that even the people from the capital city should be... 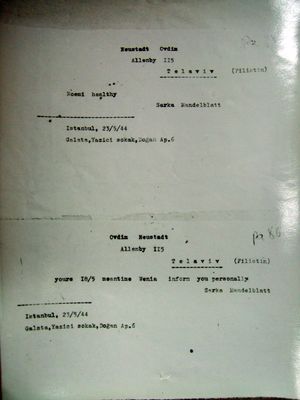 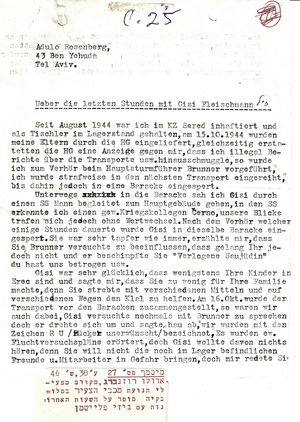 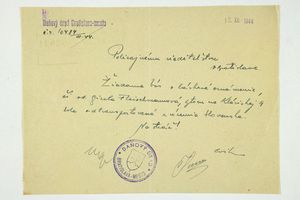