“The immense tragedy of our times also lays in the fact that our enemies force us to follow different paths that are in conflict with the best of our conscience.”

Despair over the situation of the deported Jews was the driving force of the clandestine work of the Working Group. Gisi Fleischmann and her team were informed of the situation by refugees and from written reports from Poland. In the Autumn of 1942 they believed that, with the help of bribes and personal contacts, they would manage to get the deportations halted. Encouraged by the deceptive victory, they began to contemplate additional options to help the Jewish community. The Europa Plan, or, as Gisi called it – the Great Plan, was a rescue plan to exchange Europe’s Jews for money. The idea arose within the Working Group in Slovakia, through the unlikely alliance between Zionists and ultra-Orthodox Jews led by a Zionist and woman, Gisi Fleischmann, upon suggestion by her cousin, Rabbi Michael Weissmandl. This was most likely the only European group that addressed the rescue of European Jewry, not only hoping to save their own community, but reaching out to the European dimension. Gisi Fleischmann supported and largely kept implementing the plan.

"The initial bribe in the amount between USD 20,000 and 55,000 was accepted. (...) The Working Group believed that the bribe led to get the deportations stopped, and that larger amounts of money would indeed save greater number of Jews." 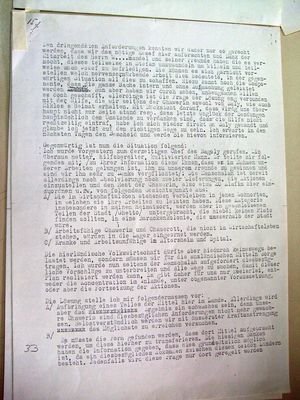 “Yesterday I was invited to the present head of Bagola, very kind, forthcoming and cultured man. For your information, through the cooperation we managed to win his friendship and we are most obliged to him for much ...” (probably Wisliceny)

From a letter to anonymous recipient (Joel Brand?), 30 September 1942 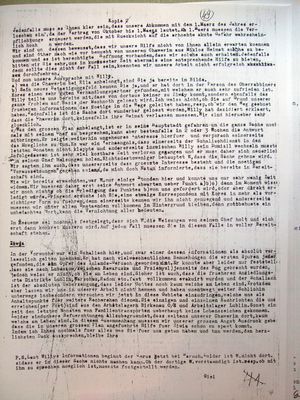 “As far as the great plan is concerned, Willy left for his capital city to discuss again the matter with his boss. Yet he can bring back the answer in two to three weeks at best. He continued to show immense interest in the matter and promised to do whatever was possible. Yet it was fate that, the currier service didn’t work smoothly over the... 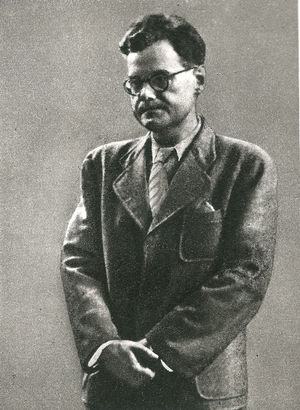 “From the beginning of the expulsion of Jews from Slovakia in March 1942, 59,000 Jews were removed from Slovakia on regular transports. At the same time, refugee wave opened at the beginning of the expulsions that took Jews to Hungary. The number of Jews who escaped to Hungary ranges between 7,000 to 8,000. From the last census of Jews in December... 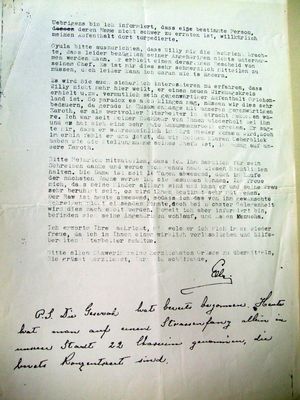 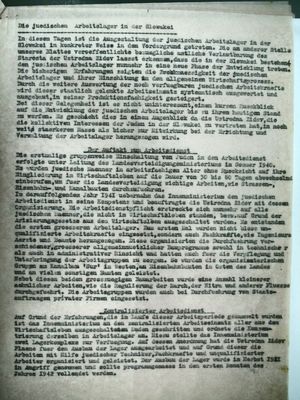 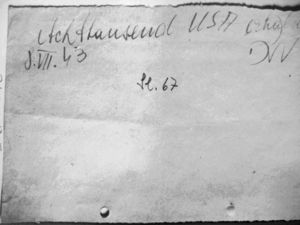 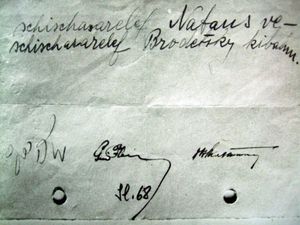